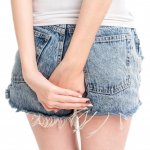 Hemorrhoids are the cushion-like clusters of veins that lie beneath the mucous membrane lining the lowest part of the rectum and rectum. When they expand, swelling and bleeding, trouble begins.

Find a clinic  Make an enquire

Varicose veins are called dilated, abnormal venous vessels located around the anus. Colloquially, they are often referred to as haemorrhoids, but this term is not really correct. Every man has haemorrhoids - this is how the venous vessels around the anus are defined, which are fully physiological structures and perform very important functions, they are involved, among others, in in controlling the excretion of stool. The problem arises only when these vessels are widening and there is a development of hemorrhoidal disease, that is, to haemorrhoids.
There are many causes of hemorrhoidal disease. The disease may occur due to frequent, strong stool pressure, which may occur in people who consume small amounts of fibre and therefore tend to constipate. Pregnancy and sedentary lifestyle may also be conducive to varicose veins. The problem is definitely more frequent than one would suppose - statistics argue that even half the world's population at some stage in their lives experiences ailments associated with the malfunction of venous vessels around the anus. However, anal veins can be prevented, quite simply. Patients may be advised to increase the level of physical activity or use a diet to prevent constipation. Sometimes, however, the problem just described appears - what can such a patient do then?
Some patients suffer from hemorrhoidal disease for various reasons (even if they are feeling shame), and yet they avoid visiting the doctor's office. Certain embarrassment may even be understandable, but it is worth noting that ailments associated with haemorrhoids (such as bleeding or a sense of considerable, frequent discomfort from this part of the body) are really tedious, and it is possible to eliminate their presence by visiting a doctor and treatment of a haemorrhoidal disease. It is worth mentioning here that the appearance of a symptom such as rectal bleeding should absolutely direct the patient experiencing it to the doctor - the cause of such a disorder may be both (at least seemingly) harmless haemorrhoids and life-threatening cancer of the gastrointestinal tract.

In the case of patients who are afraid to undergo some treatments, it is possible to calm them down - sometimes it is not necessary to apply the treatment, it may turn out that (at least initially) it will be possible to implement conservative treatment.

Before describing the methods of treatment of haemorrhoids, it is necessary to mention the classification of the haemorrhoidal disease. The choice of therapy depends on on the severity of the patient's condition.

The current classification is the four-level Parks scale, which is as follows:
• Grade I: the patient has widened venous vessels around the anus, but they are all inside the anus - they do not reach outside,
• Stage II: haemorrhoids appear to move outside during the stool pressure, but later they recede spontaneously to the inside of the anus,
• Stage III: haemorrhoid nodules move to the outside, similarly as in stage II, however, there is no self-reversal here - however, it is possible to manually insert them into the anus,
• Stage IV: varicose veins are on the outside all the time, there is no possibility of their manual insertion into the anus.

In surgical treatment of haemorrhoids we distinguish between minimally invasive procedures carried out in outpatient settings (ie not requiring hospitalization) as well as procedures requiring general anaesthesia and staying for a short period in the hospital. Hemorrhoidal disease can be treated both by banding the haemorrhoids, as well as by using cryotherapy or by coagulating haemorrhoids with infrared or by sclerotherapy of widened venous vessels. Varicose veins can also be removed surgically.

The main advantage of surgical treatment is that it aims to remove the enlarged venous vessels of the anus. Thanks to the use of any of the available procedures, it is possible to permanently remove the aneurysms, leading to the abolition of troublesome patients unpleasant ailments.

Indications for the procedure

The treatment of haemorrhoids may only be carried out after a certain time from the diagnosis of a haemorrhoidal disease (this applies to people in whom the conservative procedure does not produce results or in which the disease still progresses despite such treatment), and can be proposed immediately after placing the patient diagnosis. The procedure depends primarily on how advanced the patient is at the time of diagnosis. Treatment is offered immediately to patients with varicose veins according to Park's degree IV. Treatments are also performed in those patients who, despite the use of conservative therapy, fail to achieve satisfactory improvement in reducing the intensity of disease symptoms.

Contraindications for the procedure

The method of treatment of hemorrhoidal disease is so much that one can always choose one of them and perform some kind of surgery in the patient. A contraindication for the treatment of altered haemorrhoids may be a general poor health condition of the patient (which may be related to e.g. the non-normalized course of metabolic disorders related to diabetes or hormonal disorders resulting from improper functioning of the thyroid). Possible restrictions may also be related to anaesthesia, e.g. in very old patients and with numerous diseases, there may be obstacles to the possibility of general anaesthesia and then surgical resection of haemorrhoids may indeed be contraindicated, although other treatments may be performed in such patients. that are performed under local anaesthesia.

Before the surgery, a consultation is carried out during which a thorough examination of the patient with hemorrhoidal disease is carried out. The severity of the disease is assessed primarily according to the Parks scale described above, which allows selecting the appropriate method for the treatment of haemorrhoids. In general, less invasive procedures, such as sclerotherapy or banding of haemorrhoids, are performed mainly in the case of varicose veins in II and III stage, as well as in patients with stage I of the disease, in whom varicose veins cause significant discomfort. In a situation where the disease is considerably advanced and the lesions are classified as the 4th degree on the Park's scale, surgical removal of rectal varicose veins is usually used.

After selecting a treatment method adapted to the patient's needs, it becomes possible to set the date of the procedure and give the patient recommendations on how to prepare for it. In the case of outpatient procedures, the preparations do not have to be significant, it is usually sufficient for the patient to come to the doctor simply after the bowel movement. In situations where surgical removal of haemorrhoids is planned, an enema is required before surgery. If the patient is to be under general anaesthesia, it is necessary to report to the hospital on an empty stomach - the last meal should be consumed at the latest about 8 hours before the procedure.

How does the procedure work?

Treatment of haemorrhoids is different - everything depends on the chosen surgical technique. An anoscope is used to band the rectal varicose veins, which allows to properly visualize the treated tissue. Then, a changed venous vessel is selected, on which a special band is put - it leads to the closure of a given haemorrhoid, and after a few days (as a result of necrotic processes) to its disappearance from the anal area.
During infrared haemorrhoids, the altered vessel is exposed to radiation, which results in an ulcer-like lesion - the generation of such a lesion is intended to cause fibrosis of the aneurysm.
Sclerotherapy of haemorrhoids is, in turn, a procedure during which substances are injected into the lumen of the venous vessel, which ultimately lead to the blocking of the blood supply to the varicose vein. The abovementioned procedures are outpatient procedures, such as cryotherapy of varicose veins (impact on changed structures using cold) and removal using a laser. These treatments are carried out under local anaesthesia, it usually takes a dozen to several dozen minutes, and after passing on the same day, the patient can return home.
The procedure of surgical removal of rectal varicose veins is definitely more invasive. They are usually carried out under general anaesthesia. During haemorrhoidectomy, altered venous vessels around the anus are removed, while the remains of venous structures are ligated. These types of treatments usually take about an hour, after their travel a short (usually 1-3-day) hospitalization may be required.

Time and course of convalescence

The obtained effects of the treatment of haemorrhoids depend on the method used in the patient. In the case of banding the haemorrhoids immediately after the surgery, the blood flow to the necrotizing nodule is interrupted, which leads to its necrosis and fibrosis in a few days, and eventually - after a few days - the remains of this form fall off. A similar time of appearance of effects applies to sclerotherapy - after the injection of the means closing the vessel light, fibrosis processes take place for several days. In the case of surgical resection of haemorrhoids after surgery of altered venous vessels, there is simply no - they are removed during the surgery.

Recommendations after the procedure

Patients after surgical treatment of haemorrhoids are recommended primarily dietary modifications. The diet should be rich in fibre - this nutrient can be found in, for example, whole-grain cereal products, but also in fruits or vegetables. Fibre is important because its consumption prevents constipation and a strong urge to stool, and such could be the source of pain in the postoperative period. When mentioning defecation, it is worth mentioning that after the procedure, patients should avoid prolonged stay in the toilet - defecation should take place in this period as short as possible. Patients should also avoid long baths in the bathtub for the first few days after surgery.

How long do the effects last after the treatment last?

The effects of treatment of haemorrhoids are generally persistent, but the disease can unfortunately be recurrent. This is especially true for those who are permanently (after treatment) have risk factors for hemorrhoidal disease, such as sedentary lifestyle, obesity or constipation. The risk of relapse of haemorrhoids varies due to the fact that altered venous vessels are removed, but the disease may later develop in remaining structures, which - at the time of the surgery - were completely correct.
Among the medications that may be obtained by patients after the treatment of haemorrhoids, mention may be made of stool softeners and analgesics as well as ointments to alleviate irritation of the anal area.

How to avoid complications after the procedure?

Possible complications after the procedure

As with any other medical procedure, also after treatment of varicose veins treatment, various complications may appear. However, they are rare phenomena and their occurrence is primarily determined by the doctor's skills - traveling through an operation conducted by an experienced specialist reduces the risk of various complications.

Recommended additional treatments after the procedure

Each of the described treatments can be used as an independent and effective method of treatment of haemorrhoids. Some procedures, such as for example the banding of haemorrhoids, can be divided into several treatment sessions, during which further varicose veins will be closed.

We invite you to use our search engine clinics, clinics and medical facilities located in Poland, offering surgery - Varicose veins (haemorrhoids)

We encourage you to familiarize yourself with the prices of the procedure Varicose veins (haemorrhoids) in the city chosen by you. The price depends on the scope, method of the procedure, type of anesthesia as well as the location and reputation of the clinic.

We encourage you to take advantage of free assistance in arranging a private visit to the clinic. We will help you find the best clinic at your convenient time.